What is a ‘Great American Novel’ (GAN)? In a way it’s almost like one of Plato’s Forms: a conceived-of ideal only imperfectly realised in the real world. To write ‘the Great American Novel’ is the often-derided ambition of the young, idealistic wannabe American author who will somehow mysteriously prove possessed of the creative genius necessary to write the one book which definitively encapsulates and portrays for his – for some reason the Great American Novelists are overwhelmingly male – generation all that is America. 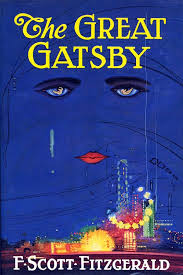 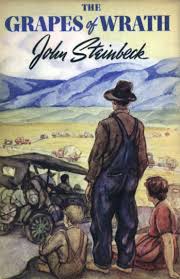 A modest goal, surely, but one which for some strange reason no-one has yet managed to achieve. But America has produced some great, and distinctively American, literature, and it is these works which are classed by broad consensus as Great American Novels, and read and studied as such both in America and throughout the world.

For a non-American, reading these books presents what I’m sure are a different set of challenges and pleasures than are encountered by the American. Americans, for example, seem to be taught almost from the day that they are born that America is the greatest nation on Earth, the land of the free and the home of the brave; no-one else on Earth has it so good. One common feature of Great American Novels is that they hold up a mirror to aspects of American life and culture which don’t necessarily fit with that image, and that can come as a shock to an American audience. To the rest of us, however, who take it for granted that America is not without its faults (and sometimes delight in pointing them out), this is hardly news, let alone shocking.

In other words, many of the books most often labelled Great American Novels seem to have done an excellent job of highlighting one aspect or another of the nightmare that the American Dream can so easily become. I haven’t read that many of them – yet – but what follows (in order of publication: I have at least tried to cover a decent timespan) are four Great American Novels that I have read and would recommend to you.

The Adventures of Huckleberry Finn, by Mark Twain, 1884. These days, Huckleberry Finn is regarded as controversial due to its repeated use of a certain derogatory term beginning with N which refers to darker-skinned people. The N-word is actually one of those I’m-not-an-American-so-I-can’t-really-understand-the-problem things. Yes, it’s distasteful racist hate-speech (hence my choosing not to sully this post by writing it), but to me it seems like a waste to ban an entire book because of it, particularly when that book was written by an Abolitionist who was trying to point out that enslaving people of Black African descent was wrong. Having a Black person as a main character was unusual at the time, and one of the features of the GAN is that it uses, as much as possible, the authentic language of the people, so the N-word it was. Anyway… Huckleberry Finn is a satirical boys-own adventure in which a young Huck runs away from his abusive father and the ‘sivilizin’’ efforts of his Aunt Sally and pilots a raft down the Mississippi, accompanied by the runaway slave Jim, and joined by the ‘Duke of Bridgewater’ and ‘Dauphin of France’, who could best be described as dubious characters. Tom Sawyer, incidentally, is a little toad during his appearance. I read it as a teenager, which was a great time to do so as most teenagers probably fantasise at times about running away from home for a life of freedom and adventure, and I was no exception.

The Great Gatsby, by F. Scott Fitzgerald, 1925. In 1925 Jazz-age New York is hoppin’, and Fitzgerald set out to capture the darker side of life for those who had actually achieved the American Dream: wealth, prestige and leisure. The characters in The Great Gatsby are ‘careless people’, and their carelessness has tragic results. The story is narrated (possibly not entirely reliably) by honest mid-Westerner Nick Carraway, who at times recoils in horror from the amoral – and downright immoral –  behaviour of his cousin Daisy, her husband Tom, and their friends including the eponymous Jay Gatsby, and yet cannot resist being drawn into the glitz and glamour of their world until the dreadful consequences of Tom’s actions finally drive him into leaving. All of which seems to have been overlooked by people who just loved the glitz and glamour of the recent movie adaptation (ironic, no?).

The Grapes of Wrath, by John Steinbeck, 1939. From the glamour of wealthy pre-Wall Street Crash New York, we travel to the grinding poverty of the Depression-era Dust Bowl, where thousands of families were forced off the subsistence-level smallholdings that they no longer owned and took to the road in an effort to find a new life in California. The Joads are one such family, and Steinbeck switches between telling their story and telling the story of the migrants more generally. Sometimes accused of sentimentality and flat characterisation, Steinbeck worked in archetypes and tropes, which may be frustrating for the academic but means that his work packs a literary punch for the rest of us. The Grapes of Wrath is heart-wrenching and provokes another of those I’m-not-an-American moments: in Britain and New Zealand the 1930s saw the birth of the Welfare State, which could have led to very different outcomes for Steinbeck’s desperate, disenfranchised characters.

To Kill A Mockingbird, Harper Lee, 1960. Yay, no more slavery! And if you’re African-American that seems to be pretty much as good as it’s gotten in the Southern states in the fifty years that have passed since Huckleberry Finn and the setting of To Kill A Mockingbird. Female authors don’t seem to loom as large in the world of the GAN as they do in the world of English literature, but Harper Lee is one of the exceptions and her characters, particularly Atticus Finch and his daughter the young female narrator Scout Finch, are unforgettable, which is perhaps why a sequel published more than fifty years later garnered so much attention. As with Huckleberry Finn I first read this in high school, and it was probably one of the first books I encountered (bearing in mind that 1/ I was transitioning from children’s fiction to adult fiction at the time, and 2/ I’m English and therefore somewhat conditioned to expect a ‘satisfactory’ ending) where good doesn’t entirely win, and – hopefully without giving too much away – loses on the most important point. GAN, I am learning, are often like that, but Lee’s message about the value of truth and the true meaning of courage is all the more powerful for it.

So, where to next? Recommend me a Great American Novel, and if I can track it down in the library or secondhand (I’m on a budget here) I’ll give it a go.