Along with William Blake (1757-1827) and Samuel Taylor Coleridge (1772-1834), Wordsworth is recognised as one of the greatest of the first-generation Romantic poets. As with the Romantic composers, the Romantic poets reacted against what they saw as the cold intellectualism of the Enlightenment: their work emphasised the emotional, the natural, the voice of the common people, the power of the imagination and the concept of the sublime.

Fair seed-time had my soul, and I grew up
Foster’d alike by beauty and by fear;
Much favour’d in my birthplace, and no less
In that beloved Vale to which, erelong,
I was transplanted.

END_OF_DOCUMENT_TOKEN_TO_BE_REPLACED

Also known by its first line, ‘I Wandered Lonely as a Cloud’, Wordsworth’s most famous poem is one that never fails to come to mind at this time of year. I was a Spring baby, and my father told me when I was still very young that the first daffodils were blooming the day he came to see me in the hospital. There were also lots of daffodils in the ‘fairy glen’ at the bottom of our garden where I loved to play in the Spring (which one one occasion prompted my desperate mother, tired of being fobbed off by doctors who didn’t believe just how serious her daughter’s hayfever was, to bundle me, eyes swollen and streaming, into the car and deposit me in front of the family G.P. with a pointed “do you believe me now?”). END_OF_DOCUMENT_TOKEN_TO_BE_REPLACED

Even before the First World War, not everyone in the world of art was cocooned in the golden haze of Impressionism. As early as the 1880s, just a decade after the term ‘Impressionist’ had been coined, another group of artists were producing work which would collectively come to be identified as ‘Post-Impressionist’. END_OF_DOCUMENT_TOKEN_TO_BE_REPLACED

Unlike the musical wunderkinds Mozart and Mendelssohn, Ralph (‘Rafe’) Vaughan Williams was a slow and steady developer musically. The son of an Anglican vicar, Arthur, he was descended on his mother Margaret’s side from the manufacturing and philanthropic Wedgwood family. From the age of five he had piano lessons with his aunt Sophy Wedgwood, but preferred the violin, which he began to study a year later. Although his family doubted that he had the talent required to succeed as a professional composer and musician they were staunch in their support, enabling him to study at the Royal College of Music and Cambridge. He also spent several months in 1907-08 studying with Ravel in Paris. It’s fair to say that, regardless of their doubts, ultimately his family’s faith was not misplaced. END_OF_DOCUMENT_TOKEN_TO_BE_REPLACED

When I think of organ music two things have always come to mind: traditional hymns and Bach’s Toccata and Fugue in D Minor (a.k.a ‘that piece the Phantom of the Opera plays, you know, the really creepy-sounding one’), so when internationally-recognised, New Zealand-based organist Kemp English came to Whanganui recently I just had to go along and check it out.

END_OF_DOCUMENT_TOKEN_TO_BE_REPLACED

My Reading List this month is short and sweet, mostly because I’ve spent far too long slogging my way through some weighty tomes and needed some shorter, sweeter works to stop me from going bonkers.

On that note, I’ve dragged out one of my favourite poets, Gerard Manley Hopkins. I’ve written about him before, and if you’re not familiar with his work it’s well worth checking out. Be warned: his ‘sprung verse’ is a shock to the system if you’re used to reading in your head. Hopkins needs to be read aloud, the words tumbling joyously off the page and through the air before they reach your brain. END_OF_DOCUMENT_TOKEN_TO_BE_REPLACED

Because, why not? The version I watched was a 2011 performance by the Opera National de Bordeaux, and it seems from the comments that it wasn’t very good. I guess the advantage of being someone who has watched precisely two other professional ballets in my life (‘Swan Lake’ while I was at university, and ‘Sleeping Beauty’ about this time last year) is that my complete lack of experience and preconceptions leaves me free to be delighted, which I was. END_OF_DOCUMENT_TOKEN_TO_BE_REPLACED 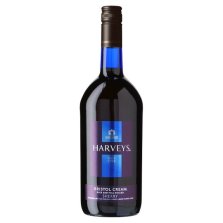 Recently my grandmother turned 90. It’s not easy to choose a present for a ninety-year-old, as they tend to have more or less everything they need (what my grandparents need most of all is one another: when my grandmother was in hospital with a heart condition a few years back she remarked that she missed my grandfather at night because she had no-one to put her cold feet on. “I don’t mind,” my grandfather replied, “because at least I know she’s there.” They’ve been married for almost seventy years.). But in a moment of inspiration my sister and I hit on the idea of a bottle of sherry. END_OF_DOCUMENT_TOKEN_TO_BE_REPLACED

In Whanganui, apparently even our utilities boxes get to be artistic. If this wasn’t actually painted by Tina Drayton then someone certainly took a lot of inspiration from her. And it’s just sitting there on the side of the road, being awesome. I love my town.

The neologism ‘selfie’ first entered the Oxford English Dictionary’s online edition in 2013 and has come to be associated primarily with narcissistic adolescent girls, but historically the great Queen of the Selfie was in fact a King, the great Northern Renaissance artist Albrecht Dürer.

Over the course of his lifetime Dürer painted at least three self-portraits, of which this is the last. He also completed several sketches of himself, and may also have used himself as the model in several paintings of Christ. END_OF_DOCUMENT_TOKEN_TO_BE_REPLACED