A Roman Catholic in fiercely Protestant England; the son of a tradesman pursuing upper-middle-class interests in a determinedly class-based society; a self-taught composer at a time when formal musical education was considered essential; and a composer in the Romantic and Nationalist traditions as the 20th century turned its musical ear towards Atonality, Minimalism, and the many and varied forms of ‘Popular’ music – Edward Elgar seems to have lived much of his life as an outsider.

Yet it was Elgar who, in spite of his relatively meagre output (around fifty works, including only two symphonies), brought English classical music back onto the world stage after some two hundred years spent languishing in the shadow of the great Continental composers. END_OF_DOCUMENT_TOKEN_TO_BE_REPLACED

Elgar’s Cello Concerto in E Minor is one of those (for me) rare things in classical music; a piece which I found instantly comprehensible. It is sad. Heartbreakingly sad, and angry, and touched with aching nostalgia. Composed in 1919, it is the composer’s last great master-work, a eulogy for the millions of war dead composed in the same Sussex home from which, during the War, Elgar had heard at night the artillery fire from across the Channel. It has also been speculated that it was a eulogy for one soldier in particular, the New Zealand-born son of his first love, Helen Weaver, who was killed on the Somme. END_OF_DOCUMENT_TOKEN_TO_BE_REPLACED

The twentieth century saw massive change in the world of classical music. One of the first composers to seize upon the advances in recording technology that it brought was the English composer Edward Elgar. In his lifetime he oversaw the recording, and in some cases as technology advanced still further re-recording, of many of his works. Between the ‘wireless’ and the gramophone, for the first time ever people didn’t have to go out to hear orchestral music, or have someone around who could play them the piano – all they needed was the requisite technology. Whereas once you might have heard a favourite piece only three or four times in your life – if you were lucky, and if the piece were popular – now you could play it over and over again to your heart’s content. 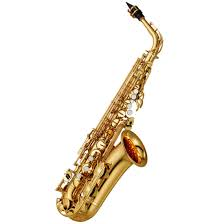 END_OF_DOCUMENT_TOKEN_TO_BE_REPLACED

From the pre-Baroque up until the Romantic period, the history of classical music can be regarded as a pretty straightforward progression: with a little overlap as the avant garde raced ahead and the traditionalists lagged behind it goes Baroque 1600-1750, Classical 1750-1825, Romantic 1825-1875. Now it starts to get a little messy. Romantic music doesn’t simply disappear in the years following 1875 but continues to be composed even as other distinct styles enter the scene. Think of it as being a bit like popular music today. There’s pop. And there’s rock. There’s metal. Alternative. Dance. Trance. Hip-hop. Soul. Rhythm and Blues. I could go on, but you get the idea. END_OF_DOCUMENT_TOKEN_TO_BE_REPLACED