The 20th century was a time of tremendous social change as people began to question, and then challenge, the hierarchical concepts which had previously shaped the social order. From the suffragettes of the early 20th century to the mid-century Civil and Women’s Rights movements to the LGBT activism of the late 20th century ideas about who should have power, and why, have changed in ways that our great-grandparents would probably have struggled to imagine. END_OF_DOCUMENT_TOKEN_TO_BE_REPLACED 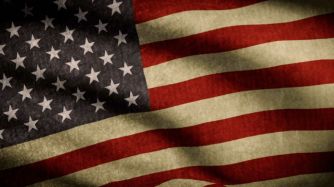 Okay, I’ll be honest, I tried to research and write a detailed history of American poetry, but I decided I couldn’t be bothered, so here instead is a selection of the really important bits. END_OF_DOCUMENT_TOKEN_TO_BE_REPLACED

Best known for her 1969 autobiography ‘I Know Why The Caged Bird Sings’, which detailed the good, the bad, and the ugly of her life as a Black woman in 20th-century America, Maya Angelou was deeply steeped in both the Anglo-Saxon literary tradition of the likes of John Donne and Shakespeare and the contemporary work of African-American women poets like Anne Spencer and Jessie Fauset, who are largely unknown today. Perhaps as a result of this, a woman who was an ‘outsider’ by race, sex, and class was able to speak in a way that could reach those who might otherwise have overlooked her, and those like her. In 1993 she recited one of her poems, ‘On The Pulse of Morning’ at the inauguration of US President Bill Clinton. END_OF_DOCUMENT_TOKEN_TO_BE_REPLACED